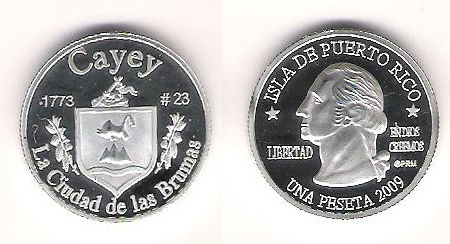 Cayey is a mountain town in central Puerto Rico, located on the Central Mountain range. It is part of the San Juan-Caguas-Guaynabo Metropolitan Area.

It was founded on August 17, 1773 by Juan Mata Vázquez, who became its first mayor. It is said that Cayey derives its name from the Taino Indian word for "a place of waters". Its original name was "Cayey de Muesas".

The town is notable for its surrounding mountains and it is one of the fastest growing municipalities in the island of Puerto Rico.