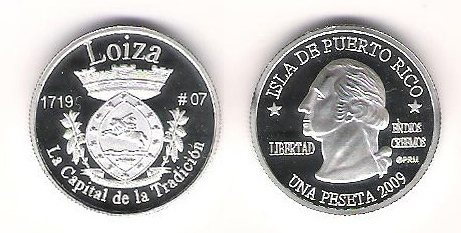 Loíza is a small town and municipality in the northeastern coast of Puerto Rico.

Loíza was proclaimed a town officially in 1719 and original spelling was Loaiza. In honor of Yuisa or Luisa, one of the women caciques on the island when the Spanish conquerors arrived.

Loíza was populated by freed or escaped African slaves during the town's first years. Due to neglect from the government and ineffective mayors, many in Loíza live below poverty as on the rest of the island.